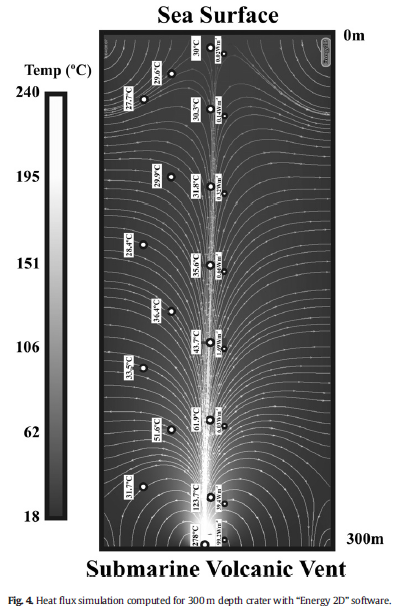 The November issue of the Remote Sensing of Environment published a research article "Magma emission rates from shallow submarine eruptions using airborne thermal imaging" by a team of Spanish scientists in collaboration with Italian and American scientists. The researchers used airborne infrared cameras to monitor the 2011–2012 submarine volcanic eruption at El Hierro, Canary Islands and used our Energy2D software to calculate the heat flux distribution from the sea floor to the sea surface. The two figures in the blog post are from their paper.

According to their paper, "volcanoes are widely spread out over the seabed of our planet, being concentrated mainly along mid-ocean ridges. Due to the depths where this volcanic activity occurs, monitoring submarine volcanic eruptions is a very difficult task." The use of thermal imaging in this research, unfortunately, can only detect temperature distribution on the sea surface. Energy2D simulations turn out to be a complementary tool for understanding the vertical body flow. 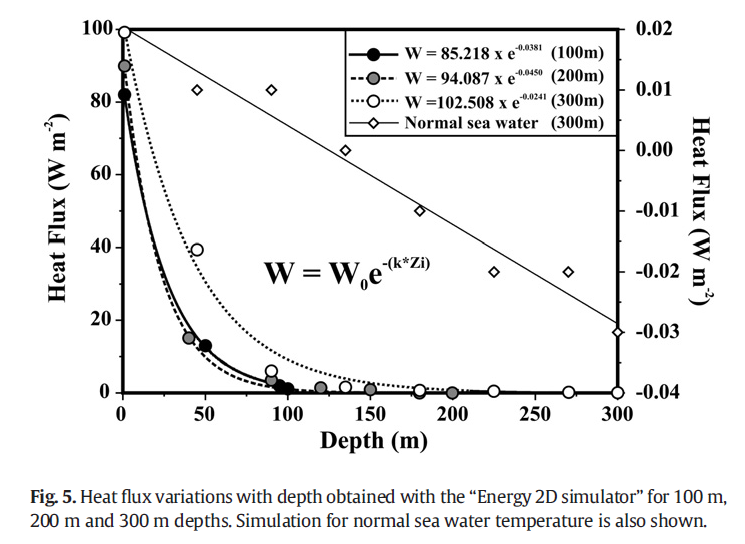 Their research was supported by the European Union and assisted by the Spanish Air Force.

Although Energy2D started out as an educational program, we are very pleased to witness that its power has grown to the point that even scientists find it useful in conducting serious scientific research. We are totally thrilled by the publication of the first scientific paper that documents the validity of Energy2D as a research tool and appreciate the efforts of the European scientists in adopting this piece of software in their work.