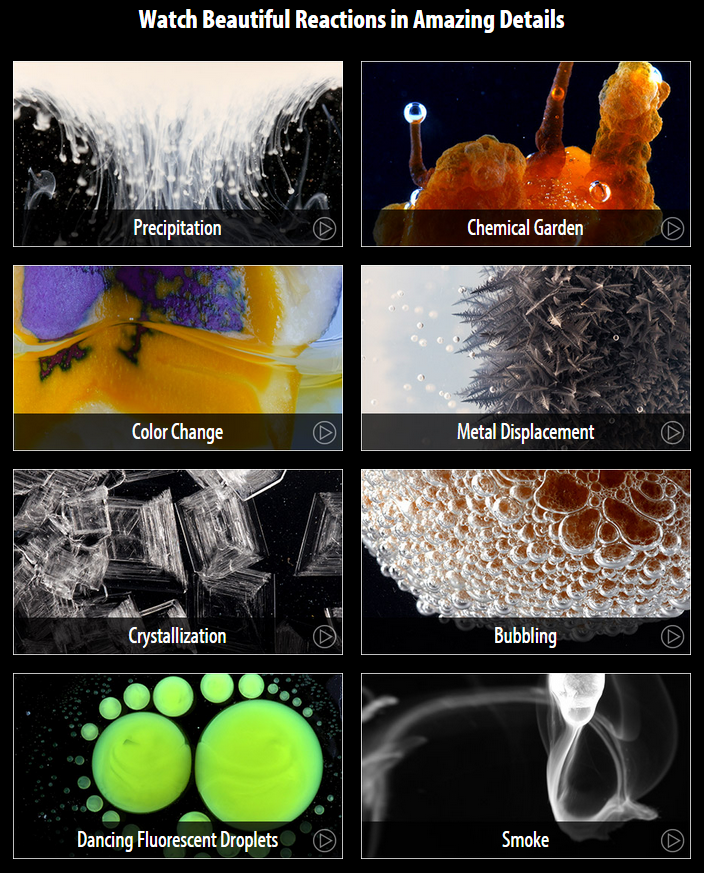 For many, the phrase “chemical reactions” conjures memories of tedious laboratory work and equations scribbled on exams. But Yan Liang, a professor at the University of Science and Technology of China in Hefei, sees art in the basic science. Last September, Liang and colleagues launched beautiful​chemistry.net to highlight aesthetically pleasing chemistry. Their video showcases crystallization, fluorescence, and other reactions or structures shot in glorious detail. Liang says finding experiments that meet their visual standards has been a challenge. “Many reactions are very interesting, but not beautiful,” he says. “But sometimes, when shot at close distance without the distraction of beakers or test tubes, ordinary reactions such as precipitation can be very beautiful.”

Beautiful Chemistry is the first of the Beautiful Science Series that Prof. Liang has been planning. The series will include two new titles, Beautiful Simulations and Beautiful Infrared, which we will co-produce with Prof. Liang this summer while he visits Boston.

Congratulations to Prof. Liang for this amazing work!