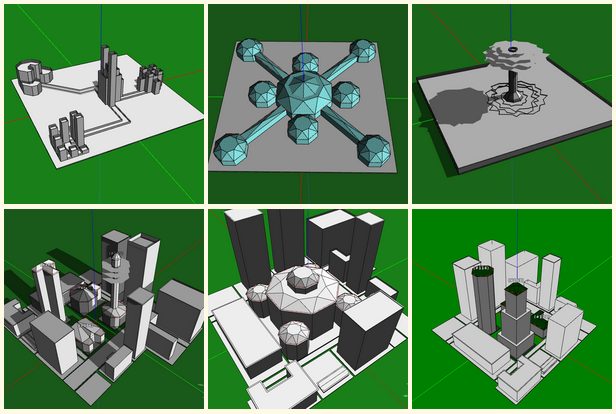 Cormac Paterson is a student at Arlington High School. We ran into him last year while conducting research in the school. He quickly mastered our Energy3D CAD software. In as short as just five class periods, he came up with three different architectural designs that appear to be very sophisticated and impressive (see the second row in the image). After that, Mr. Paterson continued his creative work with Energy3D. In his latest projects, he designed a Mars colony and a solar tree. Many of his design elements surprised us: As the developers of the CAD software, we didn’t even know that it could do those things until we saw his designs!

Thanks to the National Science Foundation, we obtained a bit more funding to deepen our research on engineering design. We are extremely interested in studying Mr. Paterson’s gift in architectural design: What makes him such an extraordinary designer as a high school student? Since our Energy3D software can monitor every move of the designer, we may be able to find some clues from the data generated in his design processes.

Note: We are very serious in protecting the privacy of minors. In this case, we have obtained a permission from Mr. Paterson’s parent to feature him and his work.