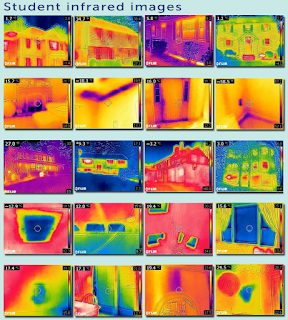 So we have signed the Paris Agreement and cheered about it. Now what?

More than a year ago, I wrote a proposal to the National Science Foundation to test the feasibility of empowering students to help combat the energy issues of our nation. There are hundreds of millions of buildings in our country and some of them are pretty big energy losers. The home energy industry currently employs probably 100,000 people at most. It would take them a few decades to weatherize and solarize all these residential and commercial buildings (let alone educating home owners so that they would take such actions).

But there are millions of students in schools who are probably more likely to be concerned about the world that they are about to inherit. Why not ask them to help?

You probably know a lot of projects on this very same mission. But I want to do something different. Enough messaging has been done. We don’t need to hand out more brochures and flyers about the environmental issues that we may be facing. It is time to call for actions!

For a number of years, I have been working on infrared thermography and building energy simulation to knock down the technical barriers that these techniques may pose to children. With NSF awarding us a $1.2M grant last year and FLIR releasing a series of inexpensive thermal cameras, the time of bringing these tools to large-scale applications in schools has finally arrived.

For more information, see our poster that will be presented at a NSF meeting next week. Note that this project has just begun so we haven’t had a chance to test the solarization part. But the results from the weatherization part based on infrared thermography has been extremely encouraging!